The story above appeared in the Philadelphia Daily News. PDN reporter Dave Davies follows up on Feb. 13 with this story on news that mayor is adding more Advanced Life Support units. “It’s a 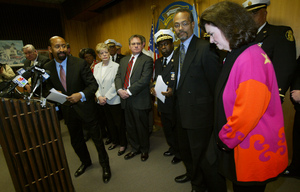 If you wish to make your feelings known regarding the state of EMS in Philadelphia (even if you don’t live there, you’re a prospective tourist, right?), here is a link to the City Council directory.

Walt Hunter, an investigative reporter with KYW TV, has taken an interest in Debbie as well. Here is a list of his coverage on Philly’s EMS emergency: